All Collections
Understanding Unicode Messages
How did Unicode end up in my messages?

How did Unicode end up in my messages?

Written by Amy
Updated over a week ago

The most common way that Unicode is unintentionally inserted into a message is by composing a message in another program and then copying and pasting the message into the SMS content (either through MXT or third-party software). 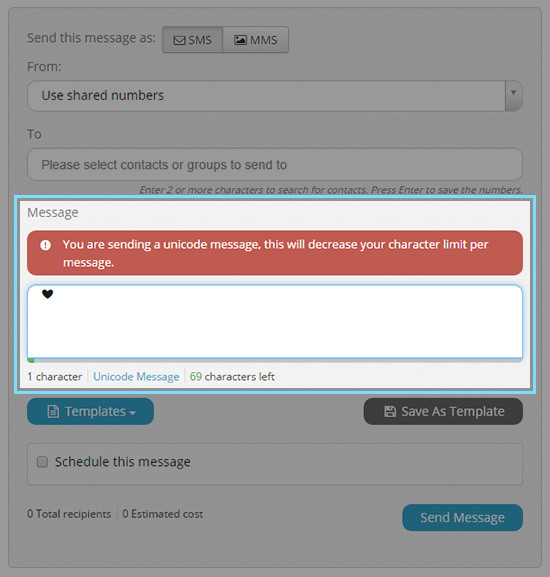 Note: One useful tip to avoid Unicode is to paste your SMS content as 'plain text'.

Did this answer your question?